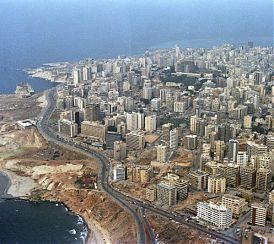 A study published by the International Finance Corporation on female participation in boards of directors in Lebanon shows that 50% of surveyed companies have one or more female corporate board members, with women representing 14% of all board members in Lebanon. The study covers a sample of 1,600 Lebanese companies, and uses data collected through an analysis of publicly available information and the Masri enterprise database. It is also based on qualitative analysis, which entails focus groups and interviews with male and female board directors and executives, as well as on an online survey.

In parallel, the qualitative analysis of the study shows that female attributes, such as excellent problem-solving skills and sound economic and strategic thinking skills, benefit companies in Lebanon, especially in the areas of risk management and planning, as well as in setting a firm’s strategic direction.

It also considered that female corporate board members in Lebanon face several barriers. It said that women in the country are subject to societal expectations about their roles, which hinders their ambitions and opportunities. It adds that even highly qualified female board members in Lebanon experience marginalization, and have less authority and executive power than their male counterparts.

Further, in considered that there is an experience gap between females and males in the country, but anticipated the experience gender gap to narrow. It noted that more women than men are continuing their education beyond the secondary-level, and many of them are pursuing corporate careers. As such, it expected women’s experience levels to eventually reach parity with their male peers in many sectors in the country. Still, it pointed out that concrete action is needed to develop the untapped potential of a larger female presence in businesses, which, in turn, would lead to job creation and boost economic growth.