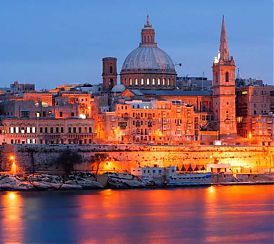 The Maltese government has proposed a constitutional amendment to ensure greater female presence in the House of Representatives.

According to the measure presented this week in a press conference that opened the phase of public consultations on the subject, in the event that a parliament resulting from the election does not guarantee a representation of at least 40% for both genders, up to 12 parliamentarians of the underrepresented gender will be elected in parliament, to ensure a fair representation.

The Parliamentary Secretary for Reforms, Giulia Farrugia Portelli, stated during the conference her intention to pass on the message that “if I have succeeded in having a career in politics, all women can”.

Prime Minister Joseph Muscat, during his speech, underlined the Government’s conviction that Maltese society should guarantee a balance between genders to promote inclusiveness.

The Prime Minister also wanted to highlight how this is not a system that provides for quotas, and consequently this mechanism will not deprive some elected officials of their seat, but will add a certain number of parliamentarians to reduce the gender gap between the elected”, if it will be necessary. Muscat added that all opinions contrary to this proposal should be listened to and carefully evaluated, to ensure the best possible development of the law itself.

The government’s decision to introduce corrections to the electoral law comes from a series of critical elements relating to the state of Maltese politics, especially when compared to the situation in other European countries. The document includes a FAQ section, which explains the reasons that led to this choice. The document also refers to the Democracy Index 2018, which states that similar measures adopted in other European countries such as Spain, Slovenia, Portugal, Belgium, France and Ireland have led to good results, while the quota mechanism has always caused numerous controversies and debates.

The document also shows that the objective of the reform is to lead to a situation in which both genders have a representation (indicated as “critical mass”) of at least 33%. The committee that worked on the proposal suggests for this measure to stay into force for 20 years, before being put to the scrutiny of the parliament, which will then have to decide whether to maintain it, modify it or eliminate it.

In Republican history, until today Malta has seen only 27 women elected as parliamentarians.