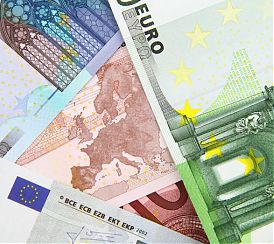 According to the latest data published by Eurostat, Malta has recorded the second best budget surplus in Europe, in proportion to GDP. The increase recorded by the state – archipelago amounts to 2%, equal to that of Bulgaria and second only to the performance by Luxembourg, which experienced a 2.4% surplus.

With a tweet, Prime Minister Joseph Muscat announced that Malta, for the third consecutive year, recorded a budget surplus that further lowered the state’s debt, now at 46% of GDP. The opposition did not wait for criticism, stating that the surplus derived mainly from the scheme that provides for the sale of passports.

Finance Minister Edward Scicluna, in a press conference, said that Malta has seen its economy grow strongly in recent years, and that consequently some sectors of the country, especially infrastructure, need to be improved to be able to support the new economic reality.

Scicluna added that growth in 2018 stood at 7.1% and put the government in front of new challenges. Confirming the sustainability of the economic model implemented by the government, the minister also stated that it slightly lowered (from 6% to 5.7%) the growth forecast for 2019, due to the fact that the expectations of citizens, which after years of economic growth now demand more services provided by the government, have increased.

In his speech, the minister explained how the passport sales mechanism only contributes 0.5% of the surplus and said he was satisfied that the percentage of people at risk of poverty fell to 19.3%. Among the measures taken to achieve this goal, Scicluna mentioned tax exemptions, free school transport, the increase in the minimum wage, free childcare and tax exemptions for certain pensioners.

In this context, Malta has officially entered the electoral campaign, in view of the elections for the renewal of the European Parliament and of local councils. According to the polls, the Labor Party has a clear advantage over the Nationalist Party, and could win four or even five seats in the Strasbourg parliament, out of six total seats allocated to the smallest member state. So far, the two largest Maltese political parties have always equally shared the six seats.

The election date, set for Saturday 25 May, will be a historic event as it will be the first election following the reform of the electoral law that has extended the right to vote to all citizens who are over 16 years of age.