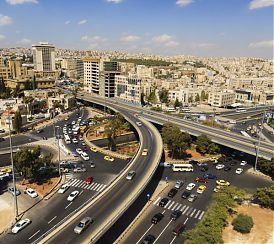 The European Union has launched a new 6 million euro program to improve the border management capabilities of the security and law enforcement authorities in Jordan and to support economic activities and trade in the region. The program – as explained by Brussels – will help the Jordanian authorities operating on the border with Iraq (Mafraq governorate) to react quickly to any future humanitarian emergencies and security threats.

The program will also integrate ongoing support to restore a trade route to the Karameh-Treibil crossing, which will help facilitate bilateral trade and the safe movement of people and goods between Jordan and Iraq. The program is an important step forward in supporting Jordan’s resilience and ability to cope with threats, in accordance with the priorities of the EU-Jordan partnership. In the context of continued EU support for border management and facilitating trade between Jordan and Iraq, in particular through the adaptation of the Karameh-Treibil border crossing point, the program helps restore confidence in a region hit by multiple crises, including the conflict in neighbouring Syria and the threat of ISIS.