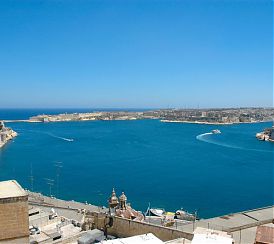 The recently published Eurobarometer report provides a clear picture of the perceptions that Maltese citizens have on the issues they consider most important. Immigration, housing and the environment are at the top of the list. One in two Maltese citizens (49%) considers immigration as one of the two major national problems; the percentage drops to 43% with regard to housing. One in 3 Maltese places the environment among the first two issues instead.

It is interesting to note that immigration is also seen as a European problem (63% of Maltese mention it as one of the two main concerns at the EU level).

Among the achievements of the European Union from which they have benefited the most, Maltese citizens have indicated the possibility of using the telephone at lower costs when traveling in Europe (63%), greater rights for passengers and for consumers when they buy an European product (60% for both) and the absence of border controls during trips (58%).

In general, it can be said that Maltese citizens show a more positive sentiment towards the concept of Europe than the average recorded among the 28 member countries. This figure emerges from the answers to more general questions such as “Do you feel like an EU citizen?” (81% positive responses in Malta, 73% at European level).