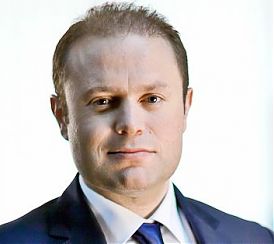 Maltese Prime Minister Joseph Muscat declared that Malta will continue using its common sense and be part of the European Union solution to address the migration problem in the Mediterranean.

He said that the Maltese government is lead by two principles; the protection of human lives and that of the national interest. “Malta has to respect the international law and save people from drowning”. However, Muscat added “Malta cannot carry other countries’ burden”.

The Maltese Prime Minister referred to two recent issues concerning the migration problem. In the case involving the Open Arms vessel, Muscat said “this led to a whole drama in Italy with serious repercussions on the country’s government”. On the contrary, the Maltese Prime Minister added that in the case of the Ocean Viking vessel with 356 migrants on board, the Maltese government engaged into a dialogue with the European Commission and various European governments. The end result was that all migrants will be taken by other European countries; including France which will accept 150 African migrants and Germany will send an aircraft next week to take more migrants who were disembarked from the Ocean Viking vessel.

Meanwhile a Maltese politician from the Opposition party was criticized heavily after he praised the Italian Home Affairs Minister Matteo Salvini. In a Facebook status, Nationalist councillor Justin Schembri, agreed with Salvini for “standing up to the European Union and his own Prime Minister”.

Various officials from the Nationalist Party including the Party’s Executive Committee President and a former deputy leader have distanced themselves from the personal sentiments shared by Justin Schembri. The Leader of the Opposition himself declared that Malta needs to rise above populism where human lives are concerned and should do the right thing by saving the lives of innocent people while an immediate action by EU member states should follow so that migrants are redistributed accordingly.

The Maltese Prime Minister warned that people who use anti-migrant rhetoric must have forgotten the killing of Lassana Cisse Souleymane, what the police in Malta believe to be a racist murder.