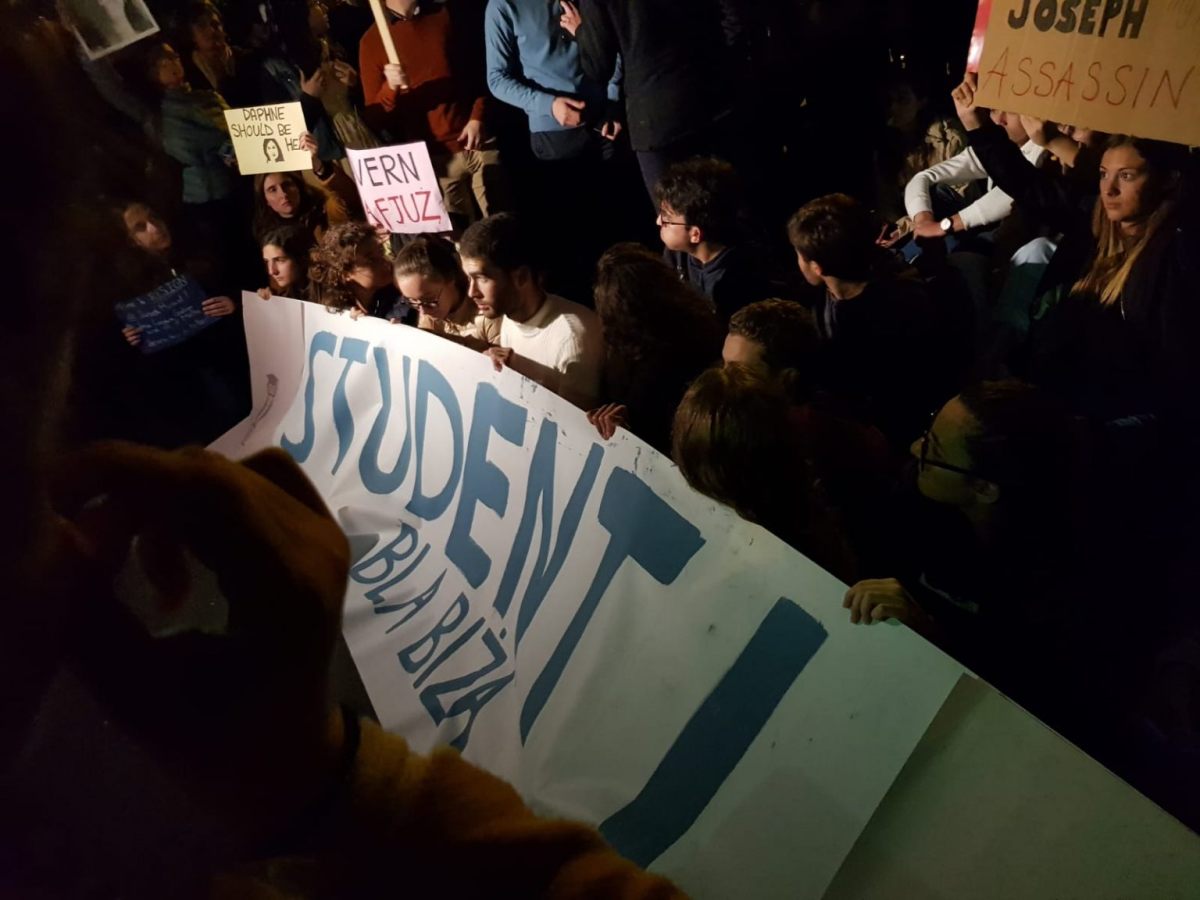 The Opposition in Malta led by the Nationalist Party left the Parliament building for the second time this week after Prime Minister Joseph Muscat refused to assume his political responsibility. The opposition is accusing Muscat who had protected his Chief of StaffKeith Schembri, who is under arrest in relation to the assasination of the Maltese journalist Daphne Caruana Galicia. Opposition leader Adrian Delia said the government led by Muscat has lost his legittimacy of governing the country. The business community in Malta has also referred to the difficult situation that the country is experiencing and has called for greater political responsibility and immediate solutions to the serious problems the nation is facing.

There are reports that during the questioning, Maltese entrepreneur Yorgen Fenech mentioned the name of Keith Schembri as the person who planned the murder of journalist Caruana Galizia on 16 October 2017. During the questioning, Fenech said that the original plan of his escape with his yacht before his arrest took place, was to sail from Malta to Tunisia, and then he will travel to Dubai. Fenech stated that this plan was discussed in the residence of his private doctor in the presence of Schembri in Gozo. Adrian Vella was also questioned twice by the investigators today. There is also confirmation from the telephone system that Fenech and Schembri were in regular contact.

According to a local report, Melvin Theuma who is considered as the mediator in the assassination of Caruana Galizia presented a recorded conversation to the investigators about abet between Theuma and Fenech that the Labour Party will win the 2017 general election with a large majority. Theuma, who is known for his involvement in gambling, accepted the 50,000 euro challenge and that election result indeed increased the winning by 150,000 euros. This amount was transferred to a kitty aimed to the financing of the  murder of Daphne Caruana Galizia.

Yorgen Fenech also formally submitted a request for a presidential pardon in exchange for immunity from prosecution and stated that he had information linking Keith Schembri to criminal activity.

Meanwhile, the Maltese police had barricaded the parliament area and the streets leading to the Office of the Prime Minister to block access to the demonstrators. On Wednesday evening, the civil society with the support of the Opposition organized the fifth protest in a week. The protesters blocked the main street that from Floriana leads to Valletta, and gathered in front of the War Monument, chanting slogans ‘Joseph out’ referring to Joseph Muscat to resign immediately as Prime Minister of Malta.