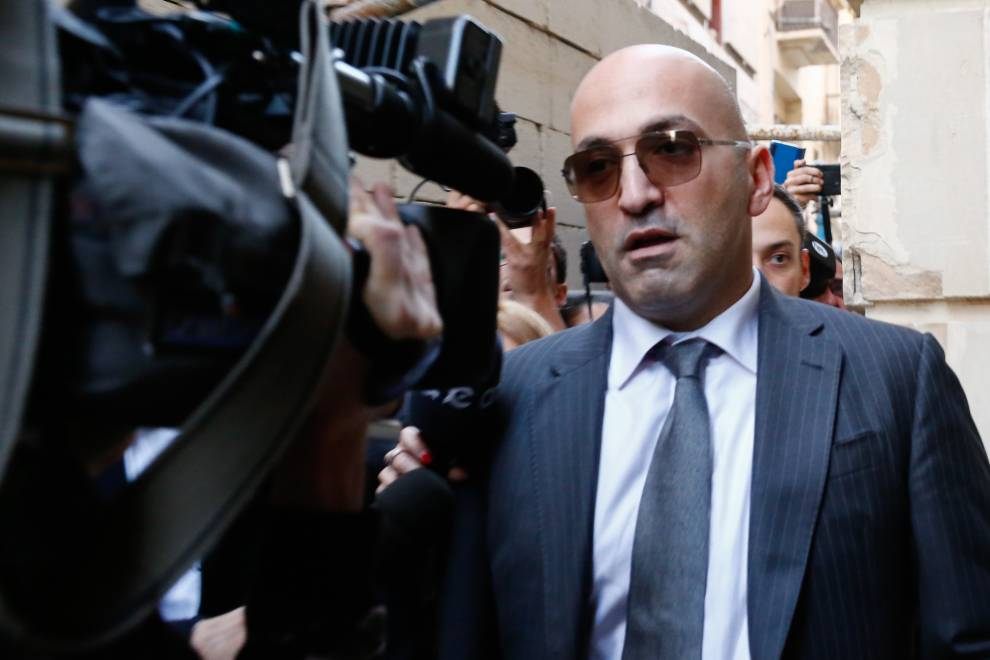 Prominent Maltese businessman Yorgen Fenech, 38 years was charged this evening in relation to the assassination of Maltese journalist Daphne Caruana Galizia. He was accused of promoting or financing a criminal organisation, participating in criminal activities organised by this criminal organisation, with the complicity in the murder, conspiring with people with the intention of committing a crime and being an accomplice to the murder of Daphne Caruana Galizia.
The assassination of Caruana Galizia took place on 16th October 2017. Fenech pleaded not guilty. Fenech’s lawyers did not request bail for their client but asked the court to explain the police’s request to freeze Fenech’s assets. The court has accepted the prosecution’s request.
Fenech was taken away from court in a police van straing to the Corradino prison.
Replying to a question by Fenech’s lawyer Gianluca Caruana Curren, the prosecution confirmed that Keith Schembri, the ex-Chief of Staff at the Prime Minister’s office did feature during the investigations. Thursday evening, the Police freed Keith Schembri who was under interrogation for several days.
All the family members of Daphne Caruana Galizia were present in court including her husband, her three children together with Caruana Galizia’s brothers, sisters and parents.
Outside court, Corinne Vella, one of Daphne’s sister said “we now expect the Prime Minister to leave office and parliament with immediate effect to allow free and full investigation into his and Keith Schembri’s role in Daphne’s assassintion”.
Yorgen Fenech was arrested by the Maltese police on 20 November, when he was trying to escape from Malta with his yacht and was intercepted by the Armed Forces of Malta as soon as he left the Portomaso marina in St Julians. His arrest was among others in connection with the assassination of journalist Daphne Caruana Galizia. Inspector Keith Arnaud confirmed before court that Fenech’s movements were being noticed before he was arrested 10 days ago.
(ITALPRESS/MNA)