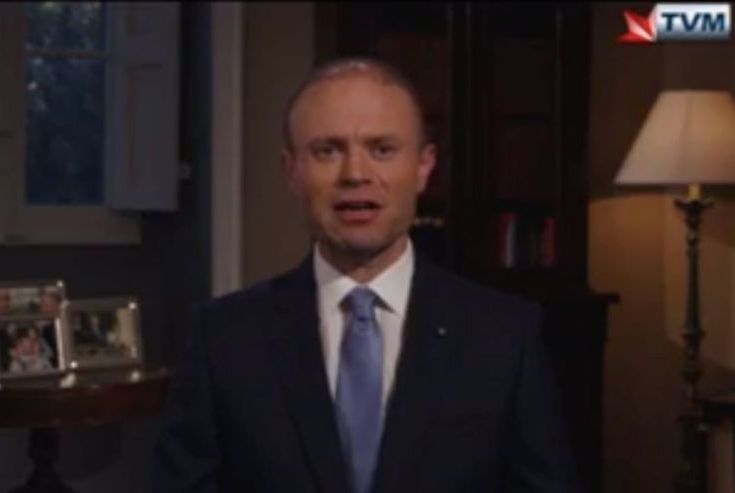 In a televised message to the Maltese people, Prime Minister Joseph Muscat said that he will remain at the helm of the country until mid-January. This is the latest development in the political and constitutional crisis in Malta after the events of the last days concerning the murder of Maltese journalist Daphne Caruana Galiza two years ago and the arrest of entrepreneur Yorgen Fenech who yesterday was accused of having planned and organized the assassination of Caruana Galizia with the involvement of a criminal group.

In the television message, Muscat announced that he will remain as Prime Minister until a new Labour Party leader is elected after an internal electoral process that will start on January 12th. He promised he would resign as prime minister as soon as a new Labour leader was chosen.

His television message was recorded in the last few days, and aired tonight on the national tv station, and after the biggest demonstration organized by the nationalist opposition and the civil society against Prime Minister Muscat, and in favour of justice for Daphne Caruana Galizia. During the protest there were also present representatives from the Italian journalism union.

Muscat stated that the investigations into the assassination of Caruana Galicia are still ongoing and no one is above the law. Muscat said he kept his word to resolve this murder during his term in office.