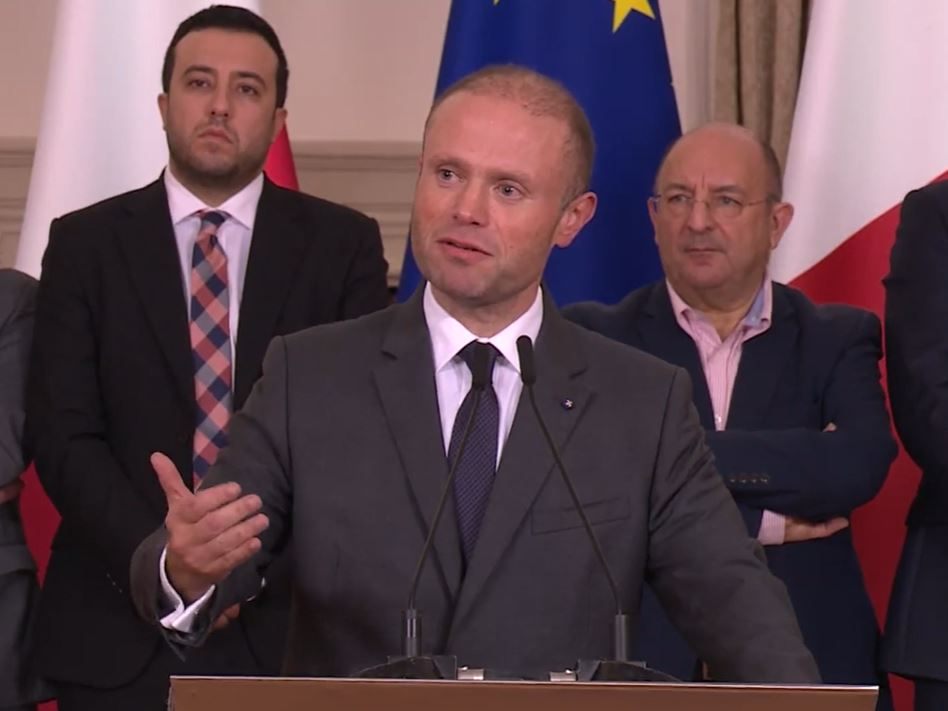 At the end of the meeting with the Maltese Prime Minister Joseph Muscat in Valletta, a delegation from the European Parliament expressed concern about the current state of the Muscat leadership as the Premier of an EU member state. Even the European Commissioner for Values and Transparency Vera Jourova insisted that the investigation into the murder of Daphne Caruana Galizia must be concluded without any political interference. She made this statement in a phone call with Justice Minister Owen Bonnici. The European Parliament delegation arrived in Malta last night. The country is in a political crisis caused by the arrest and accusations of the entrepreneur Yorgen Fenech in relation to the murder of the Maltese journalist Daphne Caruana Galicia; along with the close relationships that existed between Keith Schembri, Yorgen Fenech and Joseph Muscat. In the last few days a photo of Schembri has emerged with Melvin Theuma, the middleman in the murder; while today a handwritten letter by Theuma was published, revealing Fenech and Schembri as the masterminds of the murder. In court, the lawyers of Yorgen Fenech implied that Keith Schembri put pressure with the help of third parties to prevent Fenech from giving incriminating information to the police. “There is no longer a basis of trust between Malta and the European Union,” Dutch MEP Sophie Int Veld told reporters after meeting Prime Minister Joseph Muscat this morning. “We have made it clear that there is a problem. Now it is a problem between Malta and the EU, not only between the Prime Minister and the Maltese people. That trust has been seriously damaged. Justice and truth are coming out, and this is the most important thing, “Int Veld said. German MEP Sven Giegold said that Muscat admitted that he knew that Yorgen Fenech was somehow involved in the murder of Daphne Caruana Galicia. “He refused to say exactly when he knew … but he realizes he made a mistake. It was a tense meeting. I can only say that this government does not respect the EU.” Before the meeting with the European delegation, angry protesters gathered in front of the Prime Minister’s office. They threw eggs at the Prime Minister Joseph Muscat and Justice Minister Owen Bonnici. Minister Bonnici was hit by one of the eggs. Another meeting was with Laurence Cutajar, the police commissioner. The European delegation noted that the Maltese police with the help of Europol is doing professional work, but stated that a name like the one of Keith Schembri, mentioned on numerous occasions throughout the investigation, is now free and not under arrest. In a court, Daphne Caruana Galizia’s family asked magistrate Nadine Lia to abstain or refuse to preside over the investigations into the alleged masterind behind the murder, Yorgen Fenech. According to the Daphne’s family, Nadine Lia must abstain from the case because the magistrate’s father-in-law, Paul Lia, is very close to the Labour Party and the Labour government. Paul Lia was also the defense counsel of Prime Minister Joseph Muscat, and of the former Chief of Staff at the Prime Minister’s office, Keith Schembri and various parliamentarians or Labour representatives. Yorgen Fenech is also opposing for the same reason. The Italian Ambassador to Malta Mario Sammartino said that Malta is currently at a crossroads and the Maltese are in a moment of reflection. “I am convinced that some good will come out of this difficult situation. Italy remains close to the Maltese people,” said Sammartino. The Church in Malta and Gozo have called for unity in these “difficult times” for the country. The civil society and all social partners are calling for the immediate resignation of Prime Minister Joseph Muscat. They want an interim Prime Minister to be appointed before the elections take place for a new Labour leader and Prime Minister scheduled for 8 and 12 January. Meanwhile, the civil society met in front of the Police Headquarters, in Floriana, in another protest asking the Poliice Commissioner to investigate Prime Minister Joseph Muscat and Keith Schembri.