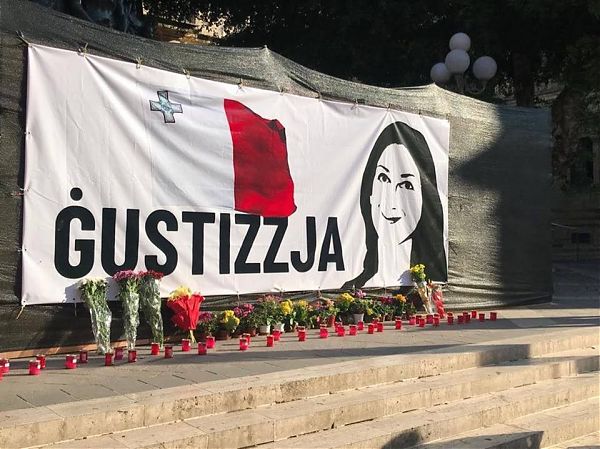 The main suspect in the murder of Maltese journalist Daphne Caruana Galizia, entrepreneur Yorgen Fenech testified in court that the former chief of staff of the Maltese Prime Minister, Keith Schembri, had kept him constantly informed of the progress into the investigations of Daphne’s murder.

Fenech, who is accused of the murder, said that Joseph Muscat’s former chief of staff informed him that his phone had been intercepted and gave him all the details about the presidential pardon which in the end was granted to the intermediary suspect Melvin Theuma.

He also said that Schembri informed him in advance before the arrest of the brothers George, Alfred Degiorgio and Vince Muscat in December 2017.

Fenech was speaking during a constitutional case he had filed against the head of investigations Keith Arnaud to bew removed. He said that Arnaud used to keep Schembri up to date on the case and that when [Fenech] was arrested, the inspector told him to be responsible when involving and mentioning people. Fenech asked Arnaud if he was referring to Schembri and the inspector replied that he really was.

The complaint brought by lawyer Emmanuel Daoud on behalf of RSF and the Caruana Galizia family says that there is a real suspicion that Fenech was using proceeds from assets in France to bribe Schembri and Mizzi to win a big public contract, which Daphne Caruana Galizia was investigating prior to her death, and to finance the car bomb that killed her on 16 October 2017.

After the latest developments, RSF and family Caruana Galizia discovered that Fenech had large assets in France including Evian-lesBains Hilton Hotel. He also has stables for horse racing in France which have rendered hundreds of thousands in profits between January 2015 and December 2017.

In view of this, they are asking the main prosecutor in France will open or judicial preliminary investigation.

The secretary general of Reporters Without Borders Christophe Deloire said that since these assets in France are owned by the mastermind behind the murder who is under arrest, the French judicial authorities should investigate so that the truth comes out.

The Italian Prime Minister Giuseppe Conte has canceled a private lunch with the Maltese Prime Minister Joseph Muscat. Muscat will be in Rome tomorrow for the Mediterranean Dialogues, an international event to discuss the situation in the region.

There is no official confirmation from the Italian government that this decision was taken due to the current situation of political crisis in Malta. Muscat has already stated that next January he will resign but local reports say that there is a chance that Muscat will leave his office next week.  Meanwhile, there have been changes regarding the official visit of Joseph Muscat to Pope Francis. This will only be a private audience and not an official one. Muscat will be accompanied by his family but will not be accompanied by the Maltese Foreign Minister Carmelo Abela and the Maltese Ambassador for the Holy See Frank Zammit. This development happened in view of the critical situation in Malta and the protests that reached the Holy See from the Maltese civil society opposing the meeting of Muscat with the Holy Father.