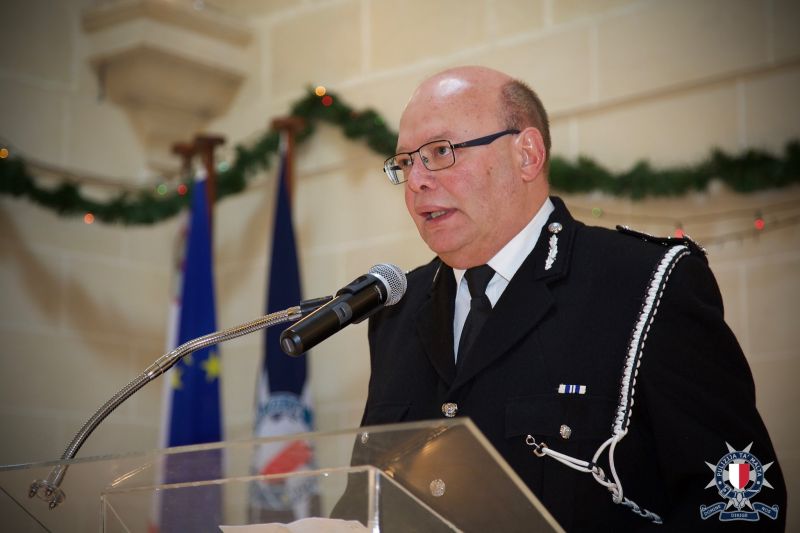 Maltese Prime Minister Robert Abela announced that the Interior Ministry had received the resignation of police commissioner Lawrence Cutajar. Abela confirmed that he had been informed of this resignation by Minister Byorn Camilleri. During the last weeks, there were calls from the Nationalist Opposition and the civil society for the resignation of Lawrence Cutajar after he failed to investigate alleged corruption cases involving among others, ex Minister Konrad Mizzi and ex Chief of Staff in the Prime Minister’s Office, Keith Schembri.
Prime Minister Abela explained that in his resignation letter, Cutajar stated that the change of prime minister calls for a change in the leadership of the police force so that the new prime minister can begin to implement the desired reform of the police force.
While praising the police force, Abela mentioned several investigations by the police, among them the case involving the murder of the Maltese journalist Daphne Caruana Galizia. He referred to the good work that the police had done in a very short time to investigate and arrest several people related to the murder. Abela said that this resignation will start the beginning of the reform in the police force which is an important body in the country regarding law enforcement. He explained that after the resignation of Lawrence Cutajar, senior police officer Carmelo Magri, was appointed as acting police commissioner. In the meantime, Abela said he will present a new system on the selection of the police commissioner. He said this will be a serious and transparent method, and confirmed that the new government is ready to listen to the views of the nationalist opposition.