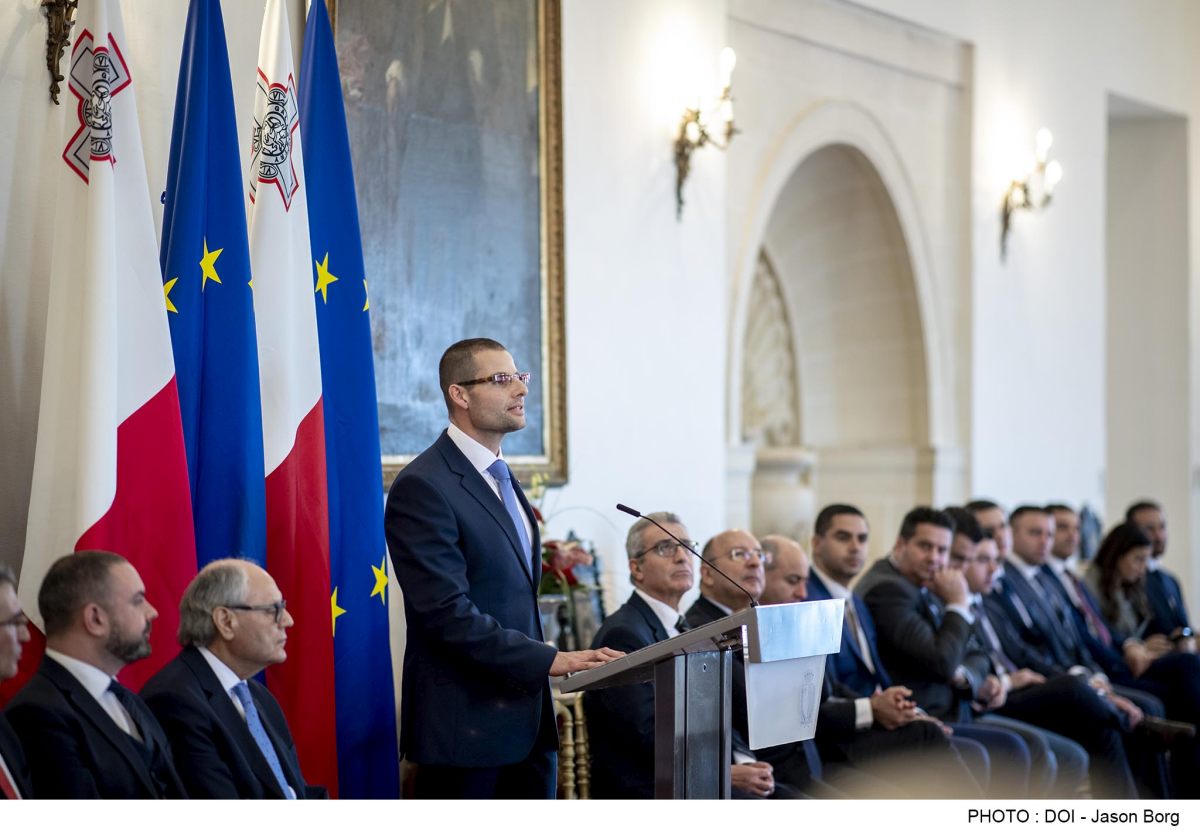 While addressing for the first time members of the diplomatic corps at Auberge de Castille in Valletta, the newly appointed Maltese Prime Minister Robert Abela declared that the institutional reforms will be a top priority to enhance the rule of law and good governance in the country. Referring to Malta’s relations within the European Union, Robert Abela declared that he is ready to work with the President of the European Council Charles Michel and the President of the European Commission Ursula von der Leyen. Robert Abela referred to the civil rights in Malta, and said that the country strengthened its top ranking on the International Lesbian and Gay Association-Europe Rainbow Map. “With an overall rating of 94%, Malta remains the leading European country in protecting LGBTIQ people in areas of equality and non-discrimination, hate crime, hate speech, legal gender recognition and bodily integrity, civil society space and asylum”. The Maltese Prime Minister referred to the turmoil in Libya, and declared that the government of Malta believes that only through diplomatic initiatives rather than military intervention, there will be a solution to the conflict and the political crises. “Malta continues to stress the need for a comprehensive and durable ceasefire, the effective implementation of the UN Security Council Resolution imposing an arms embargo on Libya, and for the strengthening of the mandate of the United Nations Support Mission in Libya. We must achieve results, for the benefit of the Libyan people first and foremost, and for regional peace, security, stability and prosperity.” Abela declared that under his leadership, Malta with its geographical position in the Mediterranean will be a bridge-builder between countries and will take an active role in international fora.
He spoke about the present situation in the Middle East with particular reference to the Israeli-Palestinian conflict and the war in Syria. “Malta reiterates its long-standing position in support of a two-state solution between Israel and Palestine, as well as a commitment to the parameters established by the United Nations security council resolution.” Referring to Syria, the Maltese Prime Minister spoke about the importance of ensuring the unity and the territorial sovereignty of the Syrian state, together with the welfare of the Syrian people. Malta is expected to open its first new embassy in Japan, with Prime Minister Abela declaring this is an example on how Malta is putting more effort to consolidate further its bilateral relationships. Infact he mentioned that Malta is considering the possibility of opening its first diplomatic mission in Latin America. He concluded his speech by declaring that Malta whose aspirations are that of promoting peace, prosperity and equality, will be seeking election as a non-permanent member of the United Nations security council for the term 2023-2024.
(ITALPRESS/MNA).