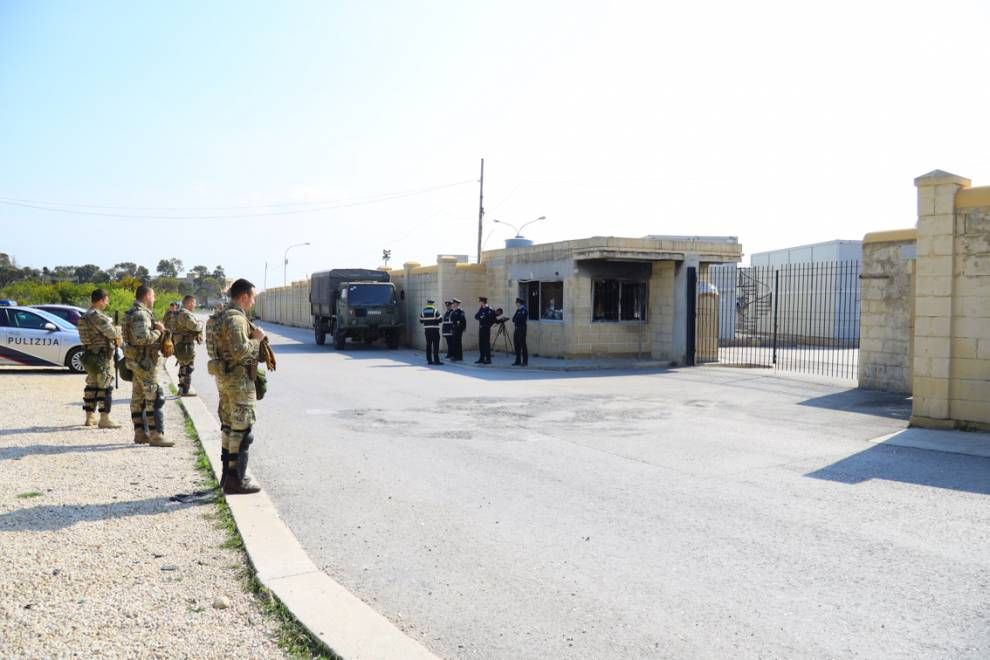 Malta has registered another 14 new cases of local trasmitted coronavirus in the past 24 hours. The Superintendent of Public Health, Professor Charmaine Gauci said that these new cases bring a total of 241 patients, including five individuals who have fully recovered and have been placed under quarantine.
Meanwhile on Sunday evening, more than 1,000 migrants at Hal Far Open Centre have been placed under mandatory quarantine for fourteen days after eight residents were tested positive to Covid-19 in recent days. Professor Gauci said that the residents are in isolation and in good health. All measures are being taken to ensure that there is no transmission from person to another.
The Armed Forces of Malta and the Police are securing the area to make sure no one escapes. However, local reports say that a suspected migrant who was tested positive, managed to escape from the police custody when being taken for treatment to Sir Paul Boffa hospital.
The new cases registered in the last 24 hours include a woman, 67, from Gozo who is being kept in isolation at Gozo General Hospital. Another Gozitan, 38, developed symptoms associated with Covid-19 and he is being treated at home. Three patients; a Maltese woman, 55, a Libyan, 34 and an Egyptian, 32 are receiving treatment at Mount Carmel psychiatric hospital after developing symptoms related to Covid-19. Two men, 37 and 55 respectively, were admitted to hospital on an unrelated medical issue and both tested positive. A 61-year-old man was tested positive. He was suffering from a chronic cough and subsequently worsened. The health authorities are tracing staff and patients at Mater Dei Hospital and at Mount Carmel hospital after a health careworker was tested positive. The other cases involve two elderly men, 60 and 76, a 32 year old Maltese woman and a Bulgarian woman, 44, who resides in Malta.
photo by Roderick Agius
(ITALPRESS/MNA)