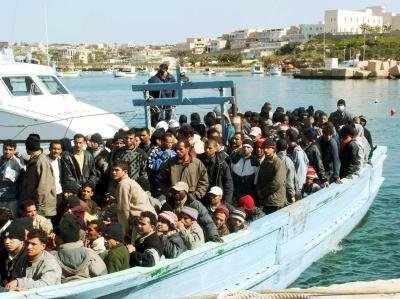 Malta and Libya signeda Memorandum of Understanding which establishes the setting up of two coordinating centres to combat human trafficking. The Prime Minister of Malta Robert Abela together with Foreign Affairs Minister Evarist Bartolo and Home Affairs Minister Byron Camilleri have returned from Libya late Thursday afternoon. The Maltese delegation left Malta early this morning. Duringthe official visit to Libya, Prime Minister Robert Abela met Prime Minister of the Government of National Accord Fayez al-Sarraj and discussed the unprecedented challenges and disproportionate pressures which irregular migration is creating in the Mediterranean.  Abela reiterated Malta’s firm position on the need to address and stop human trafficking, stating that Malta is facing unprecedented and disproportionate flows and burdens. Fayez al-Sarraj said that 800,000 illegal migrants arriving from other countries are currently in Libya and an effective long-term and holistic approach is very important. Both leaders spoke about the need to strengthen cooperation to ensure that lives are not lost at sea and to combat human traffickers on the ground and at sea. Maltese Prime Minister Abela stressed that, with its limited resources, Malta has always respected its international obligations on a humanitarian basis. Yet, Malta cannot carry the burden alone and will work with its European partners to support countries in the Mediterranean with the necessary resources to face this challenge. Abela said that the solution clearly lies in concrete action on Libyan shores and its southern border. Principally, through addressing and stopping human trafficking, rather than focusing just on relocation of migrants to other countries. Signing a memorandum of understanding, Malta and Libya agreed to set up a coordination unit in each country to assist in operations against illegal migration. These centres are expected to resume operations within the coming weeks. The agreement also stipulates that Malta is to support Libya in the EU for the provision of financial assistance to Libya through the upcoming Multiannual Financial Framework, among other things.
(ITALPRESS/MNA).