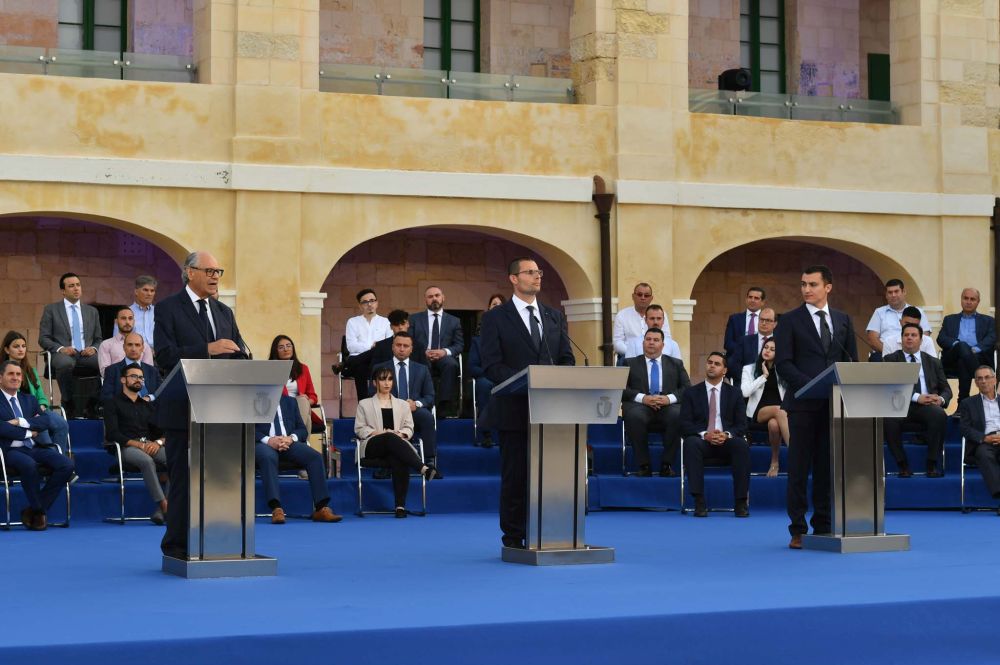 Maltese PM announces a new financial package of €900 million to businesses and families An extension of the wage supplement until September, a €100 voucher for each Malta resident over 16 years, lower taxes on the sale of property and cut in fuel prices are among the measures announced by the Maltese Prime Minister Robert Abela on Monday evening.
The financial package will cost the government some €900 million which it intends to recoup through local bond issues.
Robert Abela who was announcing a new set of economic incentives to address the impact of COVID-19, defended the government&#39;s decision not to seek a lockdown, stating that it would have brought Malta&#39;s economy to a standstill. Instead, he argued, Malta is now in a position to recover.
The Maltese Prime Minister added that although people who had other sources of incomes were not eligible for wage supplements, this has been changed for pensioners and students on a stipend.
He also announced that businesses can receive a maximum of €2,500 to cover rents between July and September, with a budgetary allocation of €50 million. Government will subidise the electricty and water bills for July, August and September to those commercial entities who were hit hard by the pandemic.
The government is seeking to boost the construction industry – which Abela said “kept the economy running” during the pandemic. Stamp duty will be reduced from 5% to 1.5% on buyers, and from 8% to 5% on sellers, for property values up to €400,000.
The government will be giving €100 in vouchers to every resident of Malta aged over 16. €80 can be used in hotels, restaurants and bars, while the remaining €20 can be used in shops that were closed during the pandemic. The Minister for the Economy, Silvio Schembri noted that last year, the Maltese spent as much on internal tourism in a year, as they did on overseas tourism in just a month – around €50 million. With this in mind, the government felt that it was important to give a boost to internal tourism.
Fuel prices are being cut by 7c per litre. As from next Monday a litre of petrol will cost €1.34, while a litre of diesel will set you back €1.21.
The Finance Minister Edward Scicluna noted that the Maltese government had already implemented a &quot;generous&quot; Budget for 2020 before the pandemic took hold. Malta&#39;s economy was dealt a strong blow, but remained afloat, he said.
The Maltese government is predicting that its deficit will reach 7% of the GDP this year.
He added that the economic impact of the pandemic brought three main threats: a drop in demand, a disruption to supply, and a fall in consumption as people stayed home, away from shops.
A total of 5,700 families have benefited from a moratorium on loan repayments.
Couples who had to cancel their wedding as a result of the pandemic may receive a refund on any deposit payments they may have made, up to a maximum of €2,000 per couple.
In-work benefits, aimed at low-income parents, are being boosted, by €50 per child for single parents, €80 per child for couples with one working parents, and €100 per child for a working couple. Families who receive the in-work benefit will also receive an additional €250.
€3 million are being allocated to assist voluntary organisations to make up for the loss of donations and fundraising activities. €2 million are to be allocated to homes for the elderly, to make up for the expenses incurred to deal with the pandemic.

Since local businesses could not make full use of the trade licences they paid for this year, the government will be refunding licences for this year, at a cost of €5 million.
Tax credits which businesses can benefit from, through a Malta Enterprise scheme will be partly converted to grants. Businesses in Malta may receive up to €2,000, those in Gozo up to €2,500.
Companies that wish to change or update their business model to address present and future challenges may receive up to €5,000 to help them do so through a Malta Enterprise scheme.
Another Malta Enterprise scheme, the Skills Development Scheme, will be allocated an additional €5 million to help companies carry out inhouse training.
Since the pandemic disrupted the transport service, port tariffs will be reduced by a third for 6 months.
Companies seeking to launch digital promotional campaigns to export their products will receive up to €10,000 – covering half their costs – from Trade Malta. Trade Malta will also refund 80% of the cost companies may have incurred to participate in overseas trade fairs that have been cancelled due to the pandemic.
€10 million are being allocated to an export credit guarantee, to help cover risks for companies seeking to expand into African or Latin American markets.
Companies within the construction sector may receive up to €200,000 to upgrade their machinery, with government allocating €4 million to this initiative.
(ITALPRESS).