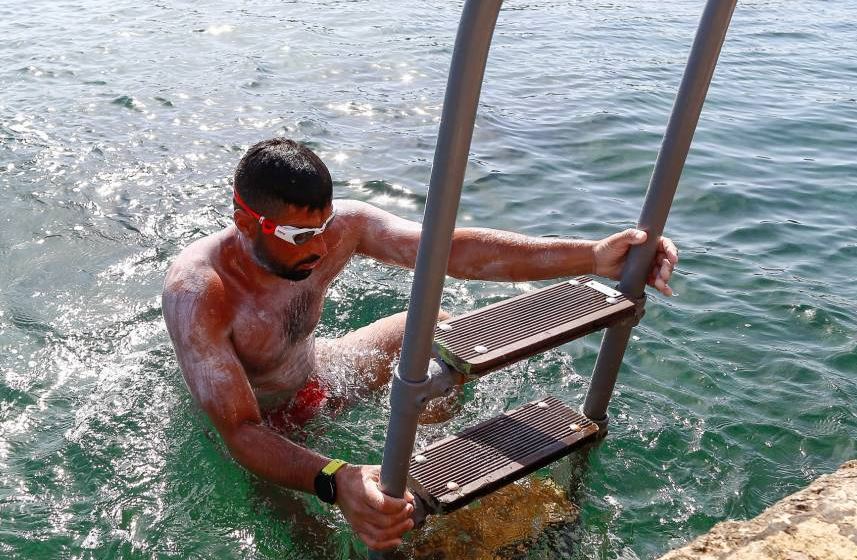 Maltese swimmer Neil Agius, 34, completed his 100km swim from Sicily to Malta to raise awareness for Wave of Change Malta, which organises the ‘Clean Seas Campaign’ and against the dumping of plastic in our seas. It was around 9.15 on Friday morning when Neil Agius reached the Maltese shores at St. Julian’s in front of hundreds of people who welcomed him in complete euphoria.
The swim took just under 30 hours after he set off from Ragusa in the early hours of Thursday morning, swimming nonstop and unassisted. At no point he was allowed to even touch the boats accompanying him.
In his first comments, Neil explained that at no time did he give up despite the fact that at times he stated that he was overwhelmed by various emotions, both those that make you smile and those that make you cry. However, he stressed that he was determined to successfully complete his challenge with the aim of inspiring others.
Neil Agius said that training is the hardest part of all of this; he swims six times a week which includes waking up at 1 on Friday morning and going swimming for 9 hour, and then doing it all again on Saturday.