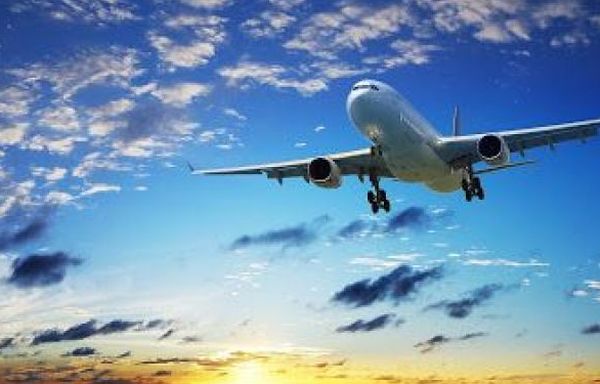 As no new cases of Covid-19 have been reported for the fourth consecutive day, last night the Maltese authorities have lifted the public health emergency which was imposed on March 7. So far, Malta has only 15 active cases of COVID-19 while 647 patients have recovered and nine lost their life.
The airport reopened today, after it was closed to contain the COVID-19 virus pandemic. The first passenger plane was a Ryanair flight from Vienna which landed shortly before 9am. This flight was followed by an Air Malta flight which departed from Fiumicino airport. 81 flights are scheduled this week and will bring 1,300 passengers to Malta.
Alan Borg, Malta International Airport CEO said “the landing of the first Ryanair flight following almost four months of suspended commercial activity officially marks the start of a journey towards recovery.”
Malta is one of the last EU member states to reopen its borders, and will allow travel to and from 22 different countries after three months flight ban. These countries are: Austria, Cyprus, the Czech Republic, Denmark, Estonia, Finland, Hungary, Iceland, Ireland, Germany, Latvia, Lithuania, Luxembourg, Norway, Italy, France, Slovakia, Switzerland, Greece, Croatia, Spain and Poland. The Maltese government revised the decision to include Italy, France and Spain without any exceptions.
Johann Buttigieg, the CEO of Malta Tourism Authority said that Malta welcomes the recommencement of flights as the global tourism industry emerges from the COVID-19 shutdown period. “The international praise and recognition that Malta has received for its exemplary management of the pandemic makes us look forward to welcoming tourists back to our safe islands where tourists’ wellbeing is paramount. We commit ourselves to continue working with our airline partners to leave no stone unturned to re-grow tourist numbers within the shortest timeframe possible.”
The Malta International Airport instructed all passengers to arrive at the terminal at least 2.5 hours prior to the flight’s departure time. This is to allow enough time for all regular airport procedures, as well as coronavirus-related procedures such as thermal screening. Face masks or visors are compulsory except for children who are under 6 years old, or for people who have valid medical reasons. It is also recommended to have a bottle of hand sanitiser handy, although there are 120 sanitising stations around the terminal. Safe distances have been indicated through the signage and floor markings fixed around the terminal, although members of the same household can travel together as a group.
The national carrier Air Malta stated that all travelling customers must fill a health declaration form prior to boarding the aircraft. Passengers not in possession of the form may be refused boarding. The aircrafts are equipped with high-efficiency filters which remove particles including bacteria and virus clusters.
Virtu Ferries which operates from Valletta to Pozzallo is asking all holiday makers travelling to Sicily to register their personal details on the Sicilia Si Cura application as requested by the Sicilian authorities. All travellers departing Pozzallo are also requested to show their Public Health Travel Declaration.
Meanwhile, Minister for the Economy, Investment and Small Businesses Silvio Schembri confirmed that as from next week the government will start distributing the €100 vouchers.
Last month, the Maltese government announced that for each resident in Malta and Gozo aged over 16 will receive five €20 vouchers. €80 can be used in hotels, restaurants and bars, while the remaining €20 can be used in shops that were closed during the pandemic.
(ITALPRESS/MNA)