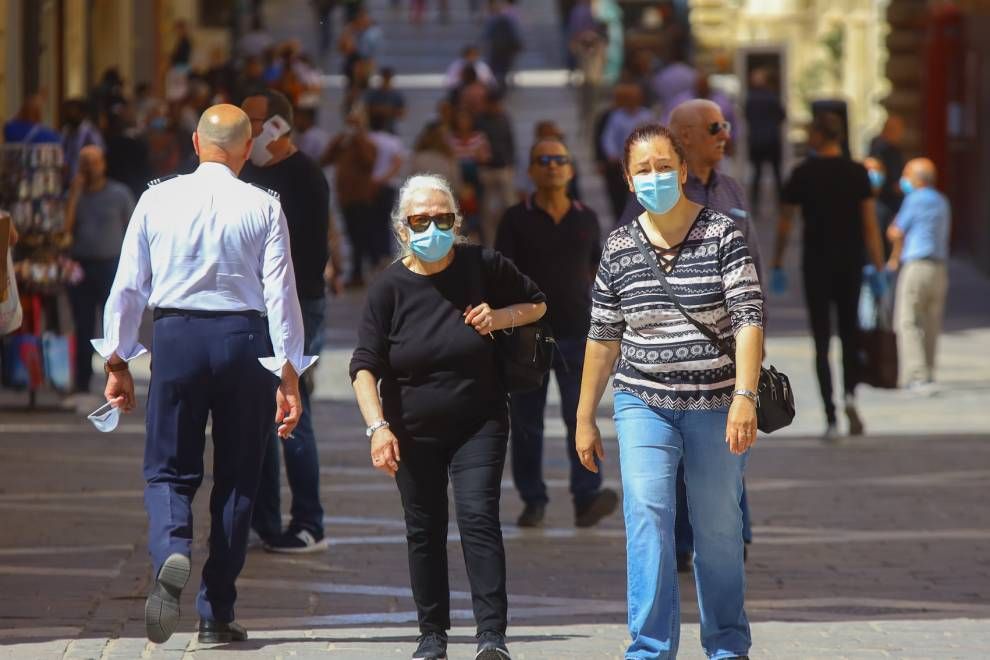 The Maltese government is under constant pressure to take the necessary actions to address the spread of coronavirus amongst the population.
According the official statistics issued by the local health authorities, during the last two weeks 207 new cases of COVID-19 were registered. So far, Malta has a total of 267 active cases, 670 patients have recovered and nine patients lost their life. An Italian man, aged 27 from Umbria tested positive for Covid-19 and is suspected to have caught the virus while on holiday in Malta some days ago. The man lives in Stroncone in the province of Terni. He was symptomatic when health workers of the Terni Health District administered a swab test which resulted positive for Covid-19.
Associations and unions representing various medical professions are calling the Maltese Prime Minister to cancel all mass events, while constituted bodies representing employers from different sectors of the economy declared that the Maltese government cannot continue to deny the present situation. “Safeguarding public health and stimulating the economy should not come at each other’s expense,” said Malta Employers’ Association Director Joseph Farrugia. Even the President of the Hotel and Restaurants Association Tony Zahra who was in favour of the government’s decision to open the airport for tourists, declared that “possibly the country opened for mass events too fast.”
Following the rise in local COVID-19 cases, four EU countries; Ireland, Lativia, Lithuania and Estonia already removed Malta from their own safe travel list. The Mediterranean island which highly depends on the British market, is also at risk of being removed from the UK’s safe travel list.
The Medical Association reported that 95% of its members have compiled to its directives as a protest against the government for refusing its calls to ban the organisation of mass events. As from tomorrow, even the nurses will start to follow other directives issued by their union. According to the nurses’ union, if Malta keeps registering high new cases of COVID-19 for the next seven days, such new cases will be considered to be the second wave, and Malta will risk another partial lock down as the one in previous March.
(ITALPRESS/MNA)