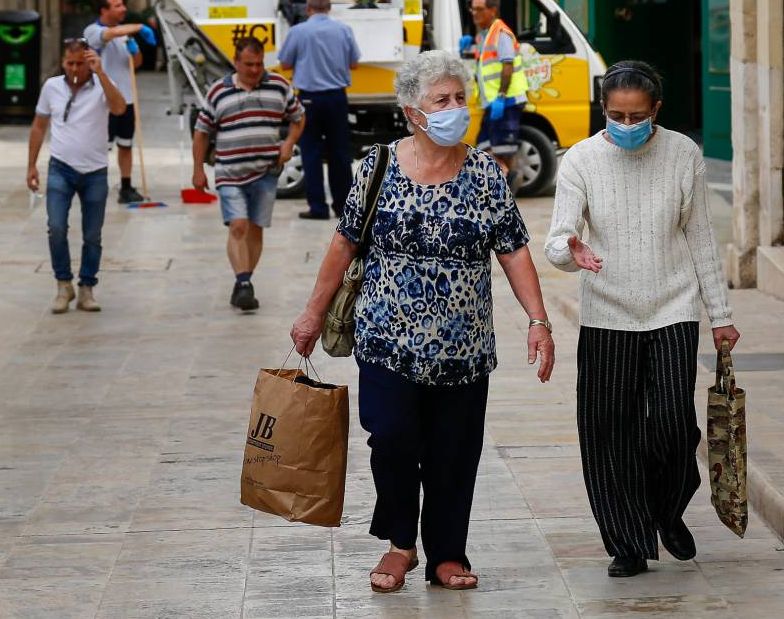 The second wave of Covid 19 has commenced in Malta. Only today, Malta has registered 49 new cases of COVID-19, the second highest number of positive patients confirmed in four months, since April, 7. The total number of active cases is now 311. So far, Malta has reported 995 cases of Covid-19, with 675 patients making a recovery. However, the pandemic has also claimed 9 lives.
Associations and unions representing the medical professions are expecting that such high and drastic number of Covid-19 cases to continue to be registered for a number of weeks. The numbers of Covid-19 cases had increased by over 150% in one day reaching a new record level of local cases.
In a press conference addressed this morning by the Maltese Prime Minister Robert Abela and Minister for Health Chris Fearne, it was announced that mass events will be banned, and only those with fewer than 100 people inside and 300 outside will go ahead. Visits to the elderly in residential homes and to patients at hospitals will be restricted too. The government did not confirm whether schools will open next month due to the increase of COVID-19 cases.
An 8 hour meeting of the Malta Councel for Economic and Social Development which ended at 2am of last night failed to lead to an agreement between Medical Association of Malta (MAM) and the government delegation led by Prime Minister. According to MAM, the directives at Mater Dei Hospital will continue, and the association is urging the government to implement emergency setup at Maltàs general hospital.
The Maltese government is acknowledging that mass events are problematic and agreed to issue stiffer regulations, more strict enforcement with the introduction of fines. Masks indoors would be made obligatory and police would be enforcing wearing of masks indoors. €50 fine will be imposed for not wearing masks in shops and on public transport. Government officials including civil servants would start wearing masks in public media events.
The government proposal to allow mass and public events of up to 300 people was deemed absurd and dangerous by MAM. Another proposal to limit the number to 60 indoors and 100 outdoors was also not accepted. However this proposal was accepted by the union of nurses under the condition that the government will introduce a rigorous enforcement. Therefore, the union has suspended all directives which were to start today.
The US centre of disease control, which is the most reputable institution in the world on infectious disease, advised American citizens not to travel to Malta because of the high risk of Covid, raising the prospect that Malta would be blacklisted by more EU countries.
(ITALPRESS/MNA)