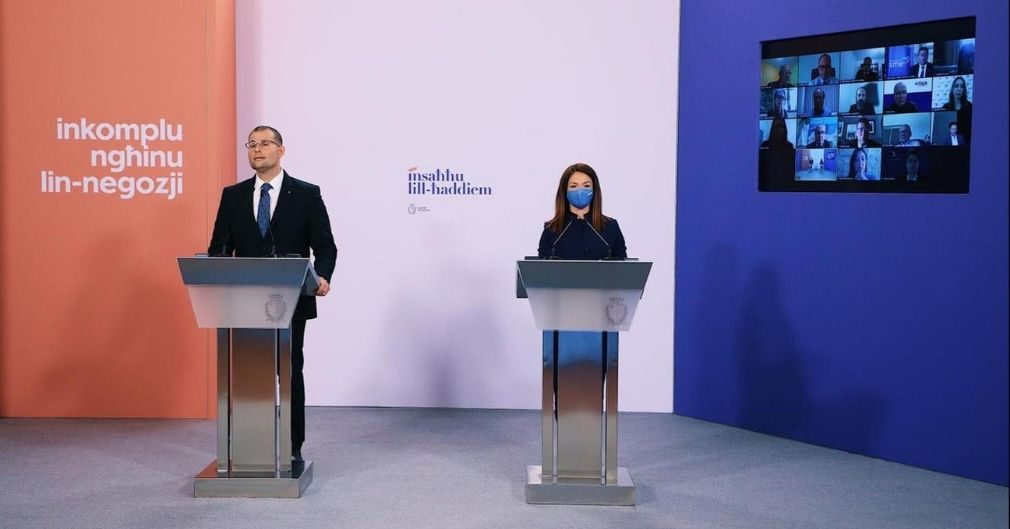 VALLETTA (MALTA) (ITALPRESS/MNA) – Maltese Prime Minister Robert Abela and enterprise minister Miriam Dalli announced a new 20 million aid package for businesses hit by the COVID-19 pandemic.
Abela said the packagès objectives are to assist businesses in paying rent, utility bills and covering other costs and to incentivise investment and growth.
Dalli augured that the direct support measures intended to inject liquidity and the incentives aimed at stimulating economic activity will in the long-term encourage companies to adopt sustainable business models.
The 20 million aid package include an extension of rent schemes by 50% over and above assistance provided in 2020; the electricity support scheme, subsidising 50% of bills, will be re-issued covering June – August 2021; a 1,000 grant for businesses that will remain closed after 10 May; a restart incentive scheme that will cover advisory costs up to 5,000 and up to 10,000 to support implementation of new business initiatives; additional 20% support in the form of tax credits; extension of the period by which the 78.4 million tax credits already awarded can be utilized; Incisive aid intensity in the form of cash grants up to 50,000 and an extension of tax certificates due for expiry in 2021-23 by three years.
Prime Minister Robert Abela declared that so far, the Maltese government have forked out almost half a billion euros to help businesses and ensure that no jobs are lost. He added that this includes 455 million in wage supplements which benefitted some 100,000 workers, which amounts to half of the workforce in the private sector.
Pointing out that Malta is one of only three EU countries which registered a growth in employment, Abela said the country was on the road of recovery and hoped that in the coming weeks “people can not only get on with their jobs but also enjoy their lives.”
According to Abela, the forecasts for summer are positive, adding that “the number of bookings is encouraging. A few weeks ago, he had warned that the country would not survive another summer without tourists, however he today sounded an optimistic note. “I believe wèll have a good summer, a very good summer,” he said. Noting that travellers in Europe and elsewhere are weighing up their options, Abela said it is imperative to make Malta a safe destination to attract tourists who haven’t made their mind up yet.
(ITALPRESS).