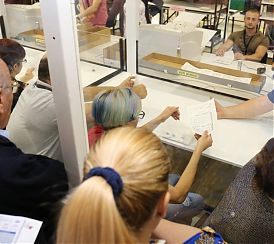 The Labour Party in Government won the local council elections by a majority of 47,116. While the Labour Party of Prime Minister Joseph Muscat obtained 150,514 votes or 57.96%; the Nationalist Party led by Adrian Delia obtained 103,398 or 39.82%. The other parties and independent candidates got 5,762 or 2.22% of the electorate.

459 councilors were elected in these elections; 268 on behalf of the Labour Party, 192 on the Nationalist ticket, two independent candidates and another two on behalf of Gharb First in Gozo.

After three days of counting, the Labour Party won the majority in 47 localities and the Nationalist Party obtained the majority in 19 localities including the old city of Mdina where no election took place because there were only 5 candidates contesting the election; the exact amount of candidates needed to form the new local council.