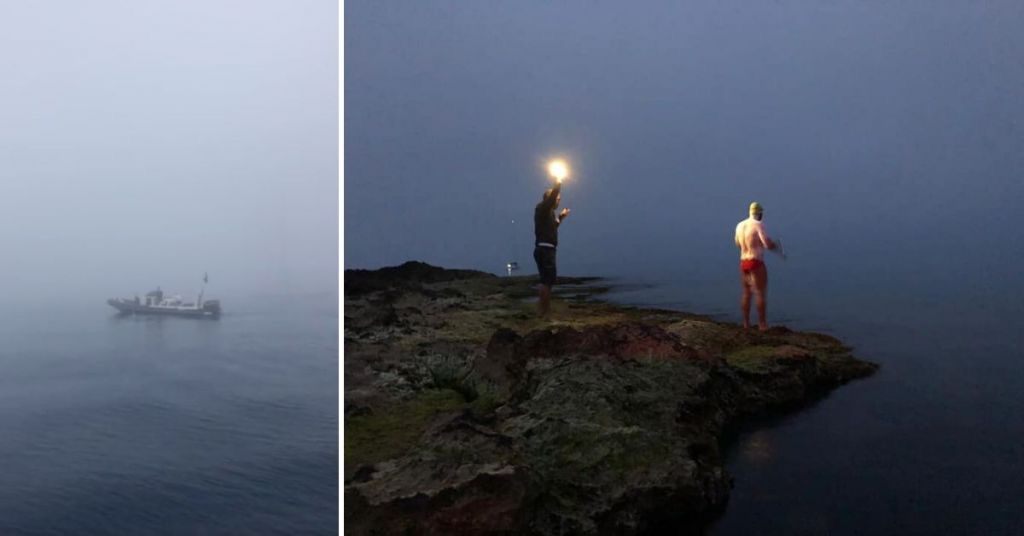 Maltese swimmer Neil Agius this morning was in Sicily as he started his attempt to swim to Malta and become the second man to ever succeed in this epic challenge. Neil is 34 years from Hal Gharghur. He has been swimming since he was seven years old and represented Malta at the Athens Olympics. He is trying the almost impossible; swim from Sicily to Malta: 100 kilometers from Pozzallo to St. Julian’s. The challenge began as part of the Wave of Change campaign against dumping plastic into the sea.
Neil started this challenge at 5 in the morning and the plan is to take a 35-hour swim to arrive at around 5 on Friday afternoon. If he succeeds, Neil will only become the second person to swim from Sicily to Malta. Nicky Farrugia did it in July 1985 when he swam from Punta Secca in Ragusa to Qbajjar in Gozo in 30 hours and 17 minutes. Half a century earlier, in 1933, Turu Rizzo had failed in the attempt when he was said to have stopped three miles away from Malta.
Neil, who already swam around Malta two years ago – 70km in 22 hours – is accompanied by a team of professionals and friends on three boats. Among them a doctor, as well as a race director and umpire to ensure that regulations are not violated. Neil cannot touch any boat or anything that keeps him afloat. In addition to fatigue and mental challenge, he did not wear a swimsuit and needs to combat obvious dangers in the open sea such as currents, heat and drought from the sun, big fish, and jellyfish. He will swim day and night, intending to stop for a minute and a half every half hour to take in special nutrients.