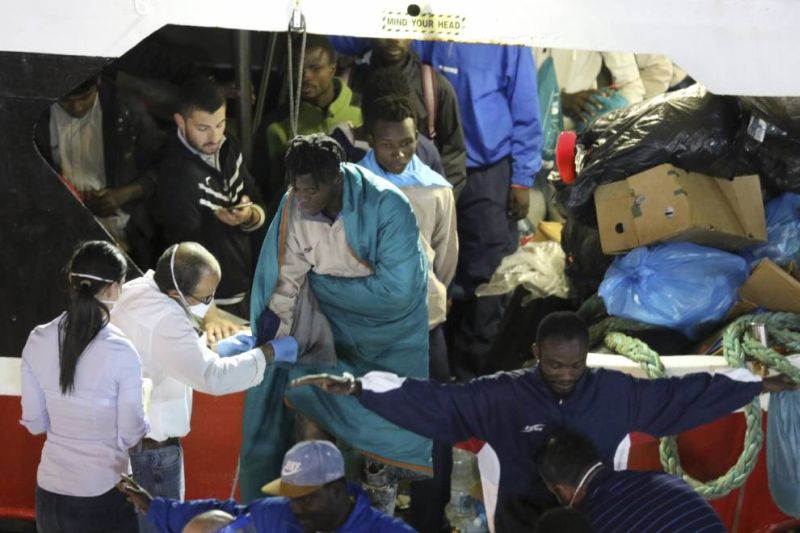 The Maltese government has issued a call for expression of interest for the provision of vessels to “keep migrants in quarantine”. This decision was announced today, as the country registered a spike in positive cases of COVID-19 especially amongst migrants who were allowed to enter Malta in recent days. As from last Monday, two groups of migrants arrived in Malta; 85 out of 113 were found positive for COVID-19.
Throughtout the peak of the pandemic, the Maltese government paid €1.7 million to local operators, to keep 400 migrants on private vessels out at sea for various weeks.
The Home Affairs Ministry said that all necessary precautions have already been taken in cases where migrants have been found positive for COVID-19 and in such cases they have always been kept isolated. The Maltese government has even opened a Red Cross-operated clinic in Hal Far open centre.
“The government is working hard to control the arrivals of migrants in Malta. In recent weeks thousands of migrants who began their journey from Libya have been rescued in Libyan waters and taken back. Work has also continued on re-locations and those not eligible for protection were sent back to their country of origin.” The Maltese Government declared that Malta will continue to honour ts legal and international obligations when migrants are in distress in Malese waters. “At this stage, the Maltese government felt that there should be also the option of using vessels to control and manage the situation better.” The use of such vessels must complement the work carried out by the Maltese government, which is primarily focused on preventing arrivals of migrants, and these will be only used when the Armed Forces of Malta “have no choice except to save migrants from drowning”.
(ITALPRESS).