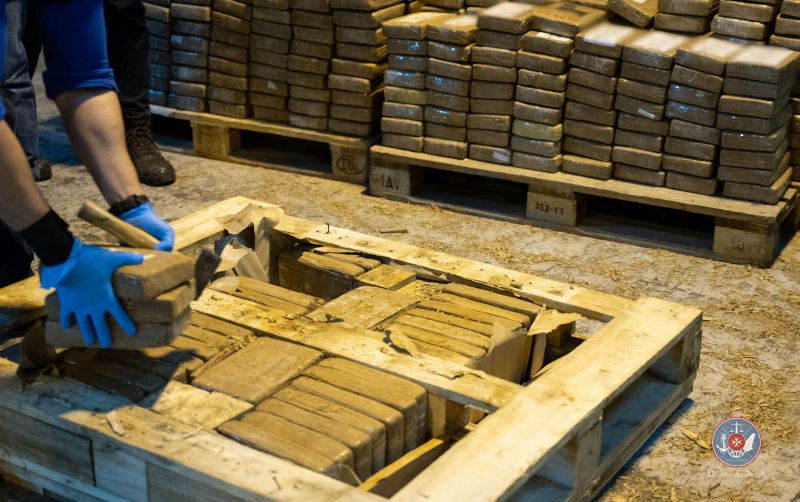 LA VALLETTA (MALTA) (ITALPRESS/MNA) – The largest drug haul ever made in Maltàs history has taken place at the Freeport thanks to the Malta Customs Department. 612 kg of cocaine were discovered concealed within pallets that were carrying cooking oil. The cargo left Ecuador and transited through Colombia before being intercepted by Customs in Malta en-route to Libya.
Discrepancies in the scanning image of the cargo lead the Customs officials to carry out a physical inspection on the container’s load. The pallets, carrying the freight, appeared dense compared to regular images and, subsequently, officials offloaded and dismantled one of the pallets. The inspection lead to the discovery of packets concealed within the pallet’s structure, and contained a white substance which gave a positive indication for cocaine. A total of 510 packets were elevated, weighing 1.2kg each, for a total of a 612 kg haul. The street value of these narcotics amount to 69 million euro. The case was handed over to the Police Drug Squad in Malta for further investigations, while the duty Magistrate was informed about the haul and assigned several court experts to assist.
(ITALPRESS).