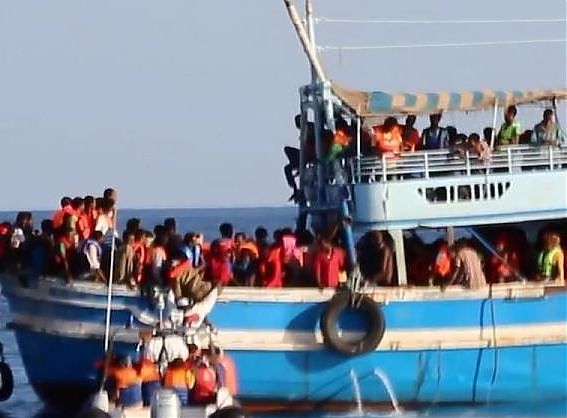 Following the declaration by the Maltese government that it will no longer accept or offer a safe place to irregular migrants, Malta’s position was formally communicated to Libya, Italy and Germany during meetings held between the Minister for Foreign and European Affairs Evarist Bartolo and the Minister for Home Affairs, National Security and Law Enforcement Byron Camilleri, and the countries’ respective ambassadors to Malta. In their meeting with the Libyan ambassador, the Maltese Ministers discussed the situation in Libya, where the instability has not only hindered its capacity to deal with the coronavirus, but has also led to the release of migrants from detention centres, with people smugglers ready to seize the opportunity. This has increased the risk facing southern European countries, with Italy shutting down its ports to irregular migrants moments before Malta followed suit.
Minister Byron Camilleri spoke with the European Commissioner for Home Affairs Ylva Johansson, and stressed that the European Union must shoulder its responsibility, particularly in these trying times. Throughout these talks, the Maltese Ministers reiterated Malta’s position that, in the current circumstances, the country’s resources, particularly the disciplined corps and the health authorities, are working around the clock to save lives on the ground and by no ways or means can Malta guarantee rescuing lives at sea.
(ITALPRESS/MNA).