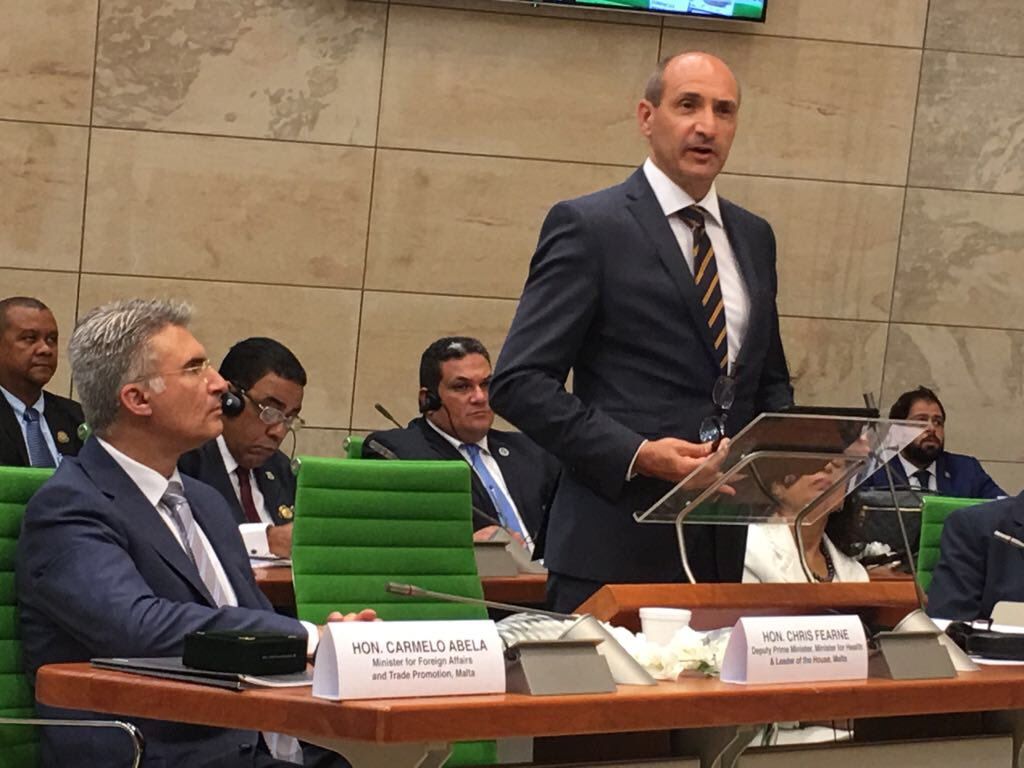 LA VALLETTA (MALTA) (ITALPRESS/MNA) Malta has published its strategy for anti-COVID vaccination. Addressing the Maltese Parliament, the Deputy Prime Minister and Minister for Health, Chris Fearne, announced that the first vaccinations will be given in January.
The first doses will be given to the health workers, residents at homes for the elderly, residents of mental care institutions and all elderly over 85 years of age.
In February, the vaccine will be available to all front-liners and elderly over 80 years of age.
The next phase will include patients with chronic diseases and elderly over the age of 75 years together with all child carers.
In the fourth phase all people over 55 years will be vaccinated.
The Maltese Government bought one million and 600 doses from two companies – Pfizer and Astrazeneca. Another 700,000 vaccines from another three companies have been ordered, however, the research of these companies is still slightly behind. He confirmed that the European Union acted as intermediary to guarantee the advantageous prices.
The Maltese Deputy Prime Minister explained that Pfizer’s vaccine is at the most advanced stage with over 150 technical trial in six countries. The European Union is pledging to approve the vaccine by 29 December.
The authorization of Modernàs vaccine is expected to be given in January. While Astrazeneca should be available by February – March.
The Maltese government said that the vaccine will not be mandatory and will be free of charge. The Pfizer vaccine need to be kept in temperatures of -70C. Two injections are required for the medication to be effective. The vaccinations need to be taken within 21 days.
During the last 24 hours, the Maltese health authorities have confirmed four more deaths due to COVID-19. The pandemic has claimed 159 lives while 2,007 are still active.
(ITALPRESS).